“And he said, Oh let not the Lord be angry, and I will speak yet but this once: Peradventure ten shall be found there. And he said, I will not destroy it for ten’s sake.” 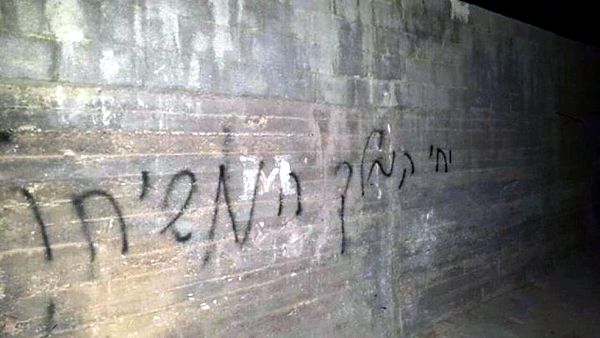 Come on Mate, destroy. Peradventure fifty shall be found there – destroy. Peradventure forty five shall be found there – destroy. Peradventure ten shall be found there – destroy. Just destroy, for God’s sake. Why do you hesitate, why? Shortly even ten would not be found, as they will be either dead or they flee. So stop thinking so much and destroy. Believe me, they will understand, the ten. Stop stalling then, because nothing good is gonna come of it. Just another fire, just another murder. So destroy. Everyone. Including the ten.
You know what, if it makes it easier for you, then there are not even ten. Four top. Out of which one is out there with the reserves to guard murderers in between conferences and talking points about peace. So it’s down to three. It is. For three shall you not destroy? Look what became of them: murderers and collaborators with killers. killers wrapped in metal jackets and murderers wrapped in prayer shawl. That’s what they are. So shall you not destroy?

Like Loading...
This entry was posted in Human Rights, Neo-Nazism, Occupation and tagged apartheid, democracy, Fascism, human rights, knesset, neo-nazism, occupation, palestinians, separation wall, the Knesset, The most moral military in the world, the occupied territories, the west bank. Bookmark the permalink.

This site uses Akismet to reduce spam. Learn how your comment data is processed.