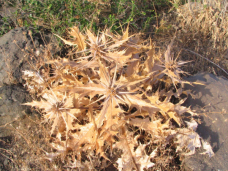 Leave now, my children. Pack your belongings, say good bye to your friends, take the kids and get out of there. Get out the State of Israel and go as far away as you can. Leave now and do not look back, because one day, and it is already around the corner, you will have to decide if your kid joins the Israeli Military and take part in supporting the brutal occupation, or pay the full price of refusing to serve the country who is rapidly turning into fascism in a way seemed irreversible. The responsibility lies on your shoulders, and there is no way around it.

How do you explain to your son that in order to maintain the occupation and the settlements, the army shoots to kill young boys and girls his age. What do you tell him, that other people’s children are bad? What do you tell him, that twelve years old girl armed with scissors is a terrorist, or that the only way to prevent a missile from hitting a building is by killing five hundred and fifty one children? Or maybe you tell him that it is wrong to kill children, but sometimes there is no other way, or maybe you say that nobody kills children and that the army is the best and the most moral military in the world, and when his turn comes to join the military, there will no longer be a need for soldiers. Same way my parents lied to me… You cannot justify war crimes! So leave now.

And when he asks why this man armed with a knife storms fully armed soldiers, do you tell him that he is deeply frustrated to watch his father, whom he loves and respects, begs the occupation soldiers to let him through the check-point to work the family’s small piece of land. Or that he is helpless to watch the Israeli Jewish settlers burn a wheat field down or destroy the ancient olive grove belonged to the family for ages. Or that he is dismayed after the army shot and killed his best friend, who threw stones in protest of the expropriation of his village land to allow more red-tiled houses and expand more Israeli Jewish settlements. Or because he is full of rage and anger and moved because he saw the army executes a guy his age who was lying injured and helpless on the ground, instead of giving him medical aid? Do you tell him that it takes much more courage to assail occupation soldiers armed to their teeth, than to shoot a helpless wounded man in the head? Or you tell him that it is not right to occupy other people, but there is no partner, and no one to deal with on the other side, and that sometimes there is no other way. Or maybe you just tell him that the Palestinian People’s state was never better, and that when he reaches the age of recruitment, there will no longer be a need for compulsory service, same way my parents lied to me… You cannot justify occupation. So leave now.

Or maybe you believe that the way to take responsibility and to protect your child from harm’s way, is to sit on the sidelines and watch, and do nothing. You know, one has to pay the bills, and on and all it is not that bad. And therefore there is no need to protest when the police demonstrates the means to disperse protesters with tear gas and sponge bullets and stun grenades to six graders kids, and switch to MTV when the News are about how “Zoabi’z” should be expelled from the Knesset just because they are Arabs, and tell him that it is not the right time to dress up on Purim as a Bedouin. You know, the situation and all. And at the dinner table you explain to him that racism is not nice and that all human beings are equal… True, not everyone is built to protest. So leave now.

Or maybe you are not ready to tell him anything yet because you think that if you hide him and protect him and avoid any high noon rendezvous with the horrible reality, he will be safe. What I do not know cannot hurt me. And if you do this, the draft day will never come and there will be no questions to answer. Would you like your son to be forced to choose between shooting a human being in cold blood to satisfy the occupation, to satisfy the government, to satisfy the mob, and between not to shooting, and paying the price of refusal, along with the price of surrendering to the mob?.. You don’t always have all the answers. So leave now.

Leave now, my children. And only when you’re out, overseas, in safe haven, will you be able to look into the eyes of your kid and say firmly, that you did everything in your power to prevent evil, the evil that has turned Israeli soldiers into murderers and citizens of Israel into mob, that evil will not harm him, because you took him as far away from that evil as you possibly could.

This site uses Akismet to reduce spam. Learn how your comment data is processed.